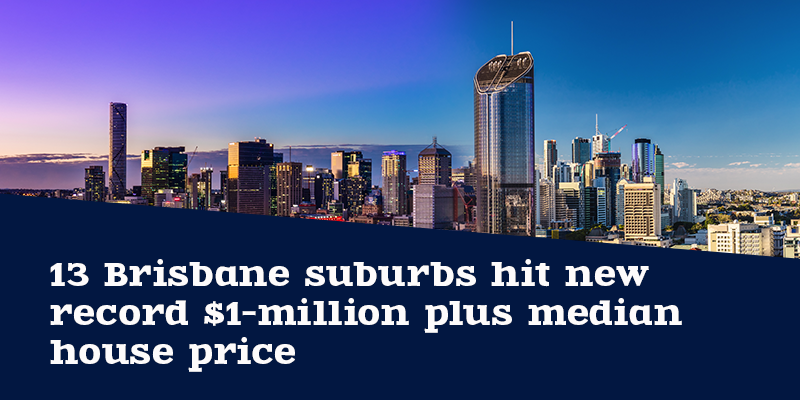 A total of 13 suburbs are now in Brisbane’s million-dollar-plus club for the 12 months to September. These suburbs are new to the million-dollar list this year, with East Brisbane, Graceville and Carindale among them. Property experts have tipped more Brisbane suburbs will join the club in the coming months off while interstate migration continues to soar.

An average Brisbane house will now set you back more than $1 million across 42 suburbs after a year of record growth saw property prices skyrocket more than $400,000 in some pockets. Brisbane’s best performers – Norman Park, Indooroopilly and Camp Hill have increased the median house price of up to 36% in 12 months.

Report revealed a jaw-dropping increase of 26.1% in New Farm has pushed the record to a smashing $2.075 million median house price, which is the first time a Brisbane suburb has achieved a median above $2 million mark.

With a blend of home improvement, competition for the southern states buyers and interstate migration adding fuel to these suburb’s price-rise fire. 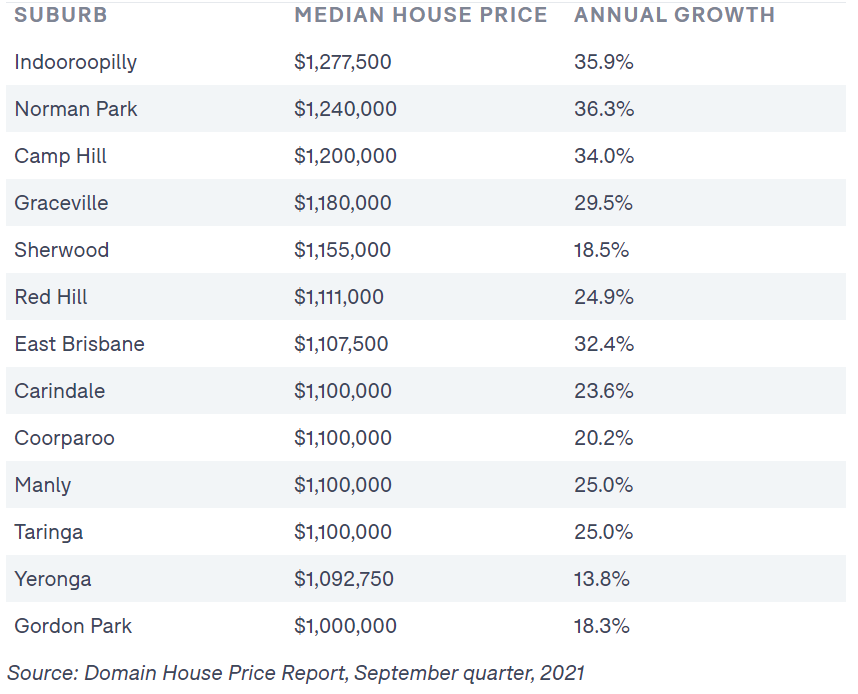