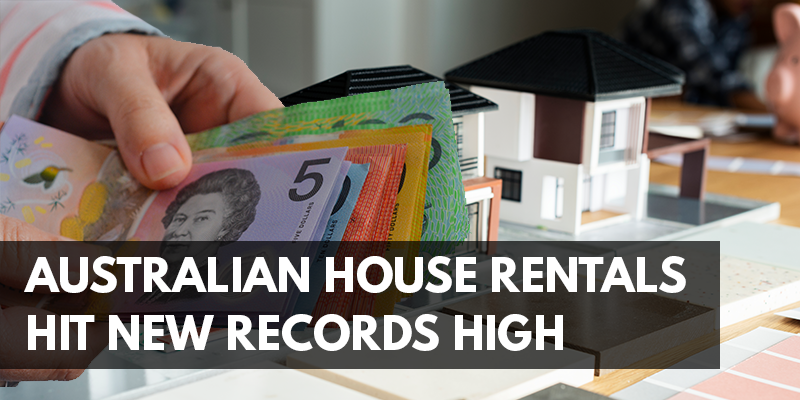 New data showing rental houses across Australia’s capital cities have increased by 3.4% over the final quarter of 2021. According to Domain’s latest Quarterly Rent Report, this stark rise equates to a new set of record high prices in Australia. The new record of annual price growth of 7.4% is the biggest yearly increase since 2009. The price increase means that the average rental house in Australia cost $499 as of December 2021, compared to $465 in December 2020.

Since the pandemic began, Brisbane topped the list as the capital city with the highest annual rental growth for houses. From $425 for the average rental house to $480 in just one year, representing an increase of 12.%. Canberra on the other hand was not behind from Brissy with data showing an annual increase of 12.5% with rental price now costing $675 as compared to $600 a year ago. Canberra still retains its title as the most expensive city in Australia to rent a house in.

Melbourne’s rental house market however continued to show signs of slowing down and struggle to bounce back after another tough year. From being one of the most liveable cities in the world to most locked-down city in the world. Data shows only 1.1% annual growth and the average house rental only rose by $5 in a year, $440 in 2020 to $445 in 2021. 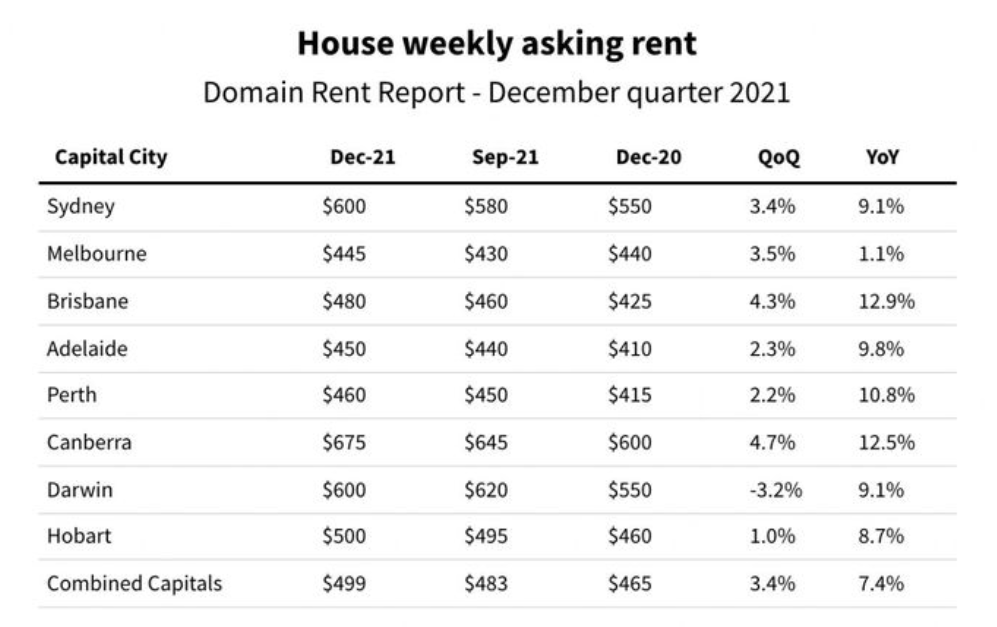