HomeAustralian Property MarketAustralians Do Not Agree with Labor Tax Increase

Australians Do Not Agree with Labor Tax Increase 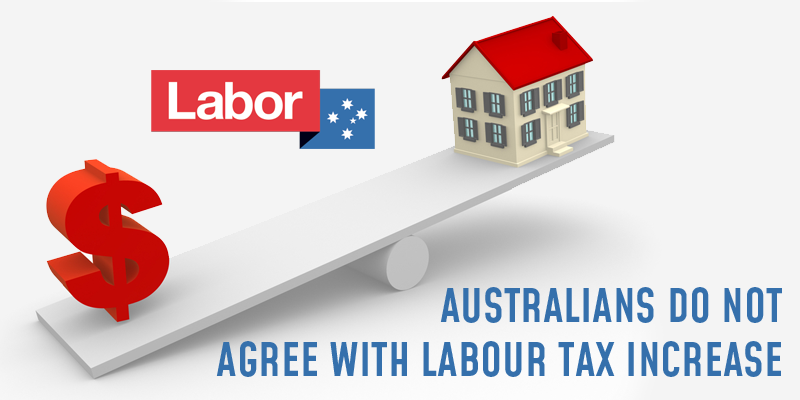 A recent poll found that the majority of Australians do not agree with Labor’s proposed changes to negative gearing for property investors. The poll conducted by Nine Entertainment also found that the majority of Australians were against potential Capital Gains Tax (CGT) reforms mooted by The Labor Party. If Labor were to get into power in the next election, they plan to ban negative gearing on second hand properties and also increase the tax payable by 50% on any Capital Gain from the sale of property.

In fact Labor intends on taking an extra $32 billion in taxes from this change. As if we are not taxed enough already……I think Australians have had enough.