With the huge cost of living in both Sydney and Melbourne, net migration out of these states and into the more affordable city of Brisbane is now at its highest in 13 years. The Sydney and Melbourne markets saw immense price growth from 2010 (where the median house price in Sydney was $600,000) to 2016 (where Sydney had double in value to $1.2 million) This had now made the markets of Sydney and Melbourne unaffordable for many people and they are now moving north to  Brisbane. 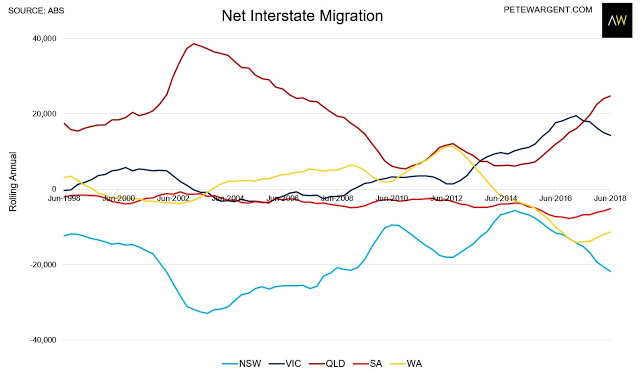 The knock on effect we can see from this is that vacancy rates are dropping across suburbs with many having vacancy rates of around 1%. While Brisbane is a great market to be investing in, you still have to be careful of locations where supply is greater than demand. Until there is a supply deficit gap, it is very hard to get price growth.