Brisbane values increase by $444 per day

In the first month of 2022, Brisbane has again placed itself as the fastest-growing capital city throughout Australia. This is the third month in a row that growth in Brisbane has outpaced the other capital cities around major cities in the country. The housing sector continues to drive this growth, outperforming the unit market month on month.

For the record, Brisbane house prices have hit a median high of $792,065, following one of the biggest quarterly price hikes in two decades. Report has also indicated Brisbane house prices jumped by 25.7%, or $162,181, over the year to December, a figure that equates to just over $444 per day.

Domain’s head of research and economics, Dr Nicola Powell revealed 26 per cent of property inquiries in Brisbane over the last quarter came from Sydney and Melbourne home hunters. “This is the growth cycle that we have all been talking about, the one that Brisbane was going to have. And here it is – it’s the steepest in almost 18 years,” Dr Powell said.
It is anticipated that Brisbane will hit the $800,000 median mark next quarter and this is where Brisbane will outperform other capital cities. See Capital City Median House Price as at final quarter of 2021. Dr. Powell added, buyers are still being supported by low interest rates, higher household savings and reduced discretionary spending. People are also not travelling that much, and these are some of the other reasons for such a strong growth. 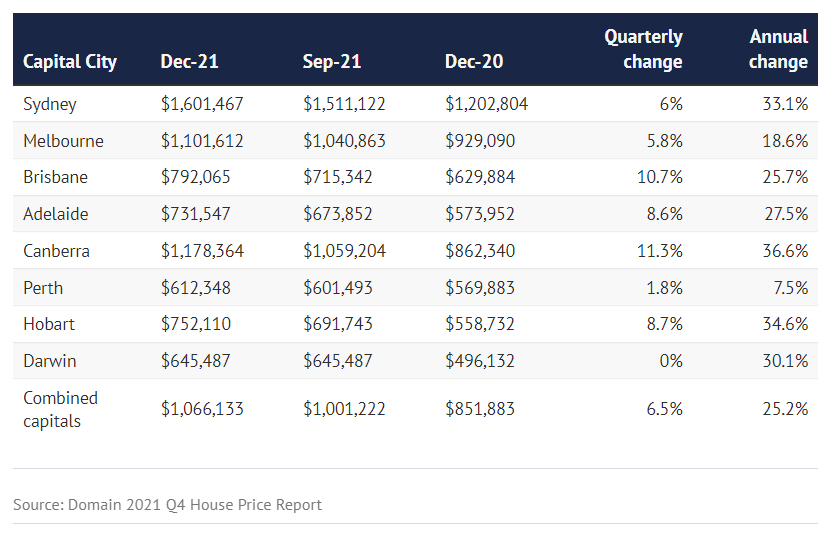