Nicholas Proud, chief executive of PowerHousing Australia, the national independent peak body for large scale social and affordable housing, said the result meant building commencements were well on track to surpass the previous peak, 234,000 in 2016, by the close of the year.

As reported, private dwellings commencements rose strongly in all states except for Western Australia and the ACT. With the remaining lockdowns due to pandemic and slowing down in population growth due to international border closures and negative net interstate migration, commencements were highest in Victoria. CommBank senior economist Kristina Clifton said despite this the slowdown had not been a collapse, as figures moved closer to the “normal” level of approvals for detached homes prior to the pandemic.

Residential approvals pulled back in July as housing approvals lowered following the completion of the HomeBuilder scheme yet lifted again in August, led by an uptick in apartments moving through the system at the fastest rate since March.

It is also reported that the prices of construction materials have also risen sharply. Fortunately, there is a strong domestic and international demand and some supply constraints. There are also reports of skill shortages in the construction sector. 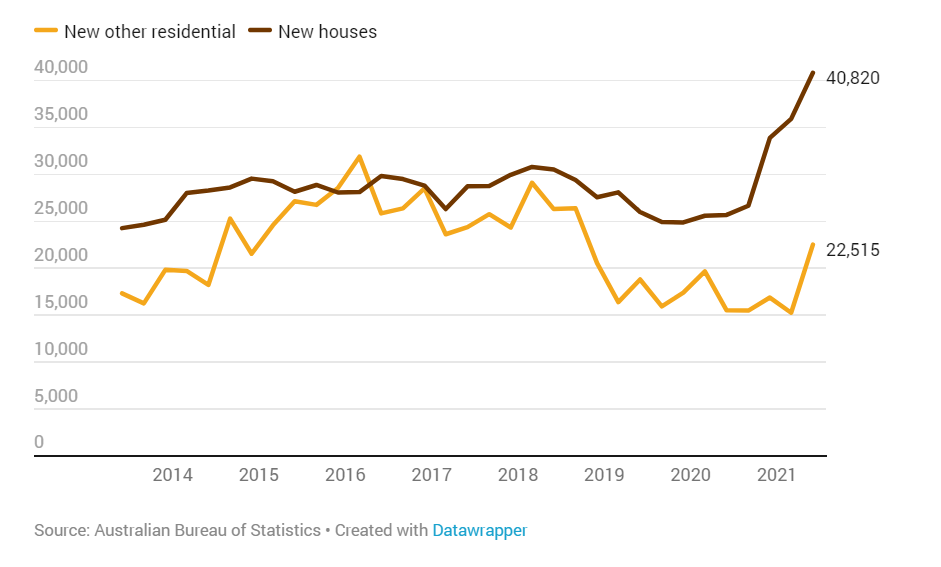