2032 Olympic driving up price for some Brisbane suburbs 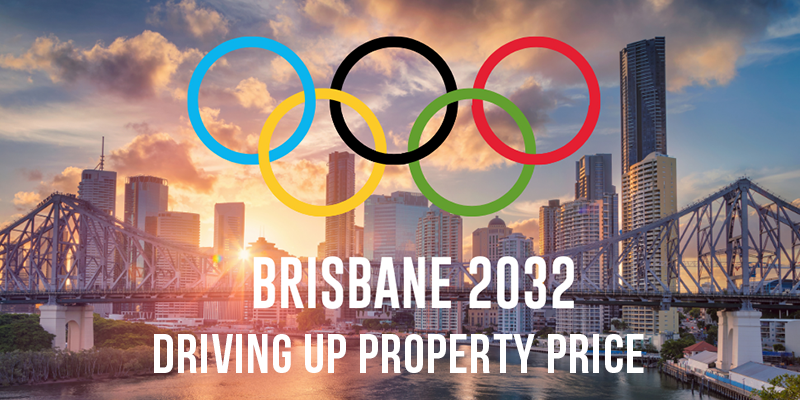 Economists have predicted some Brisbane suburbs property value to increase more than double leading up to the 2032 Olympics.

Inner city and middle ring suburbs are some of the hot spots expected to grow immensely due to major infrastructure spending ahead of the games. Property projections indicate Greater Brisbane set to soar past the million-dollar median house price by 2032.

New data collected by Property Research & Development (PRD) revealed Brisbane’s median house price could increase to $1.2 million. Hamilton, where the Olympic village will be built and the median house price is already about $1.6 million is likely to jump to more than $3 million within a decade.

Hosting major events like this had served the property market well, PRD chief economist Diaswati Mardiasmo said. The price predictions were based on metrics developed after some major events held in the past including the the G20 Summit of 2014 and the World Expo of 1988 in Brisbane, as well as the remarkable spike in Sydney house prices after the 2000 Olympics. Not only does the infrastructure bring up the prices of those areas that are located close but the workers need to be housed somewhere over the next ten years. This influx of workers which include everything from civil contractors, tradesmen and engineers is what will really push prices up over the next ten years.

Queensland’s is drastically undersupplied for housing and construction cannot keep up with interstate migration. While property prices continue to surge across the region, Queensland has unlocked nearly 50,000 lots as part of the state’s Covid economic recovery plan providing more jobs to people and boosting the residential construction industry. Check out the locations! #queensland #seq #propertyinvestment ... See MoreSee Less

Queensland’s is drastically undersupplied for housing and construction cannot keep up with interstate migration. While property prices continue to surge across the region, Queensland has unlocked ne...
View on Facebook
· Share

As of 21 August, investors will no longer allowed to inspect property in NSW’s regional areas under State Government’s new permit system. Investors looking at buying property in regional NSW will ...
View on Facebook
· Share