Average residential property value is getting close to $1-million 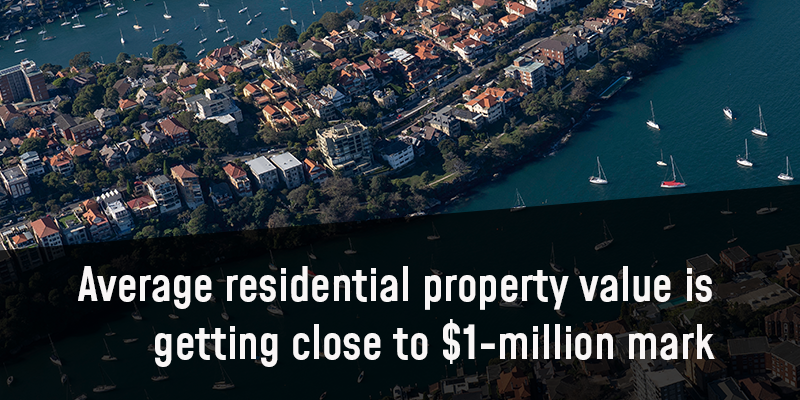 For the first time on record, average house price in Australia is getting close to $1-million mark. In fact, home buyers are spending about $350,000 more than they did a year ago on the typical home. According to Domain, Australian house prices have experienced the fastest annual rate of growth on record at 21.9% with house prices rising three times faster than units over the past year.

“Despite the historic surges, prices—currently being underpinned by record low-interest rates and expected investment returns—were now preparing to cool as lockdowns end nationally”, Domain chief of research Nicola Powell said. All capital cities except for Perth and Darwin hit record highs for house prices. For the first time since 2005, Canberra is now the second most expensive capital city to buy a house. Sydney on the other hand, hit a new record of almost $1.5 million for houses after a whopping 30.4% increase in house value over the past 12 months (increasing roughly by $6,700 a week)

Other capital cities like Melbourne, despite being in lockdown for most of the quarter, hit a new record high of $1.038 million. Melbourne has increased its house value by 16.8% in the past 12 months and is considered to be the city’s strongest annual gain in 11 years. In Queensland, Brisbane continues to sell homes at a record rate and now hits the highest point in 6 years with listed homes for sale 7% higher over the first 3 weeks of October compare to 2-year average. Meanwhile, Hobart residential property values have almost double over the last 5 years, the most significant increase among the capital cities. House prices have now reached a new record high, surpassing the $700,000 mark.

“As Covid-19 lockdowns and restrictions come to an end and the sustained high prices appeal to vendors, sellers are beginning to re-engage with the market, increasing supply which in turn offer greater choices for buyers.” Powell added. 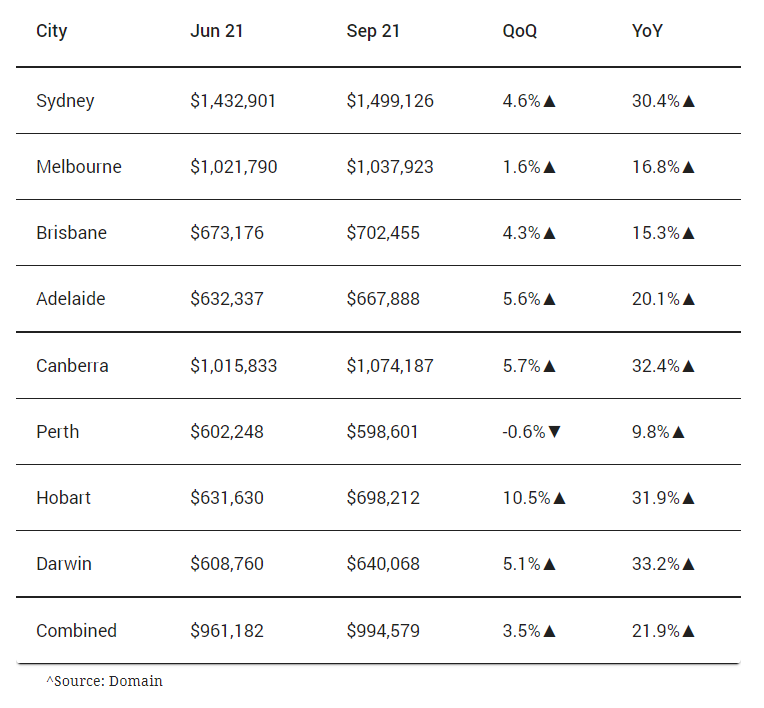