HomeLatest NewsRBA lifts the cash rate for the first time in a decade by 0.25 percentage points

RBA lifts the cash rate for the first time in a decade by 0.25 percentage points 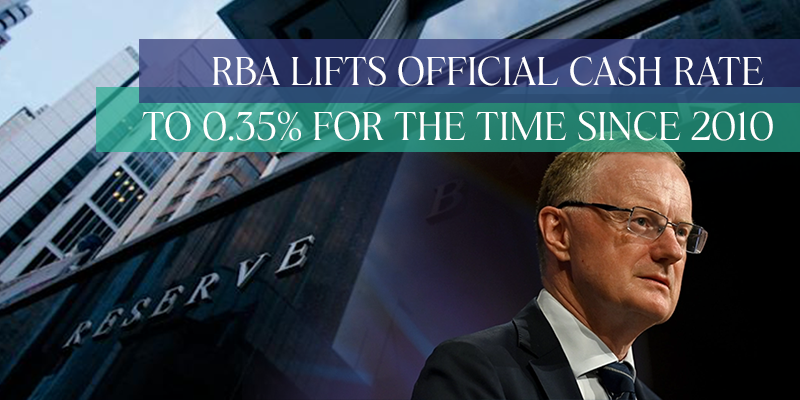 Finally it happened. After 11 years of no interest rate increases the RBA has finally decided to increase the cash rate by 0.25%. As most analysts would agree, the rate increase has been long overdue. My personal opinion is that it should have increased months ago to try and cool the property market down as it has been running hot, making it very difficult for people to get into the market. Although the RBA said that they would not increase interest rates until 2024, the over stimulation of the economy by the government handouts has pushed inflation up to 5.1%. This combined with labour shortages, supply chain issues and increases in the cost of just about everything mean that the RBA needed to try and cool the economy down. Its main rudder for steering is interest rates.

What impact will it have?

The impact of the interest rate increase will be very minimal. 0.25% across your average mortgage will increase the payments by $40 per month. Only $10 per week. Not really much. This increase can be negated by the sharp rise in wages. People are now getting paid more. Hopefully the increase has the effect of people starting to pull back a little bit in spending. For those who own investment properties, it will have an even lesser effect on those because rental yields are going up so much faster than the increase on mortgage payments.

So to roundup, I dont think the rate rise is anything to be alarmed about, it will be more than outweighed by wage and rent increases.